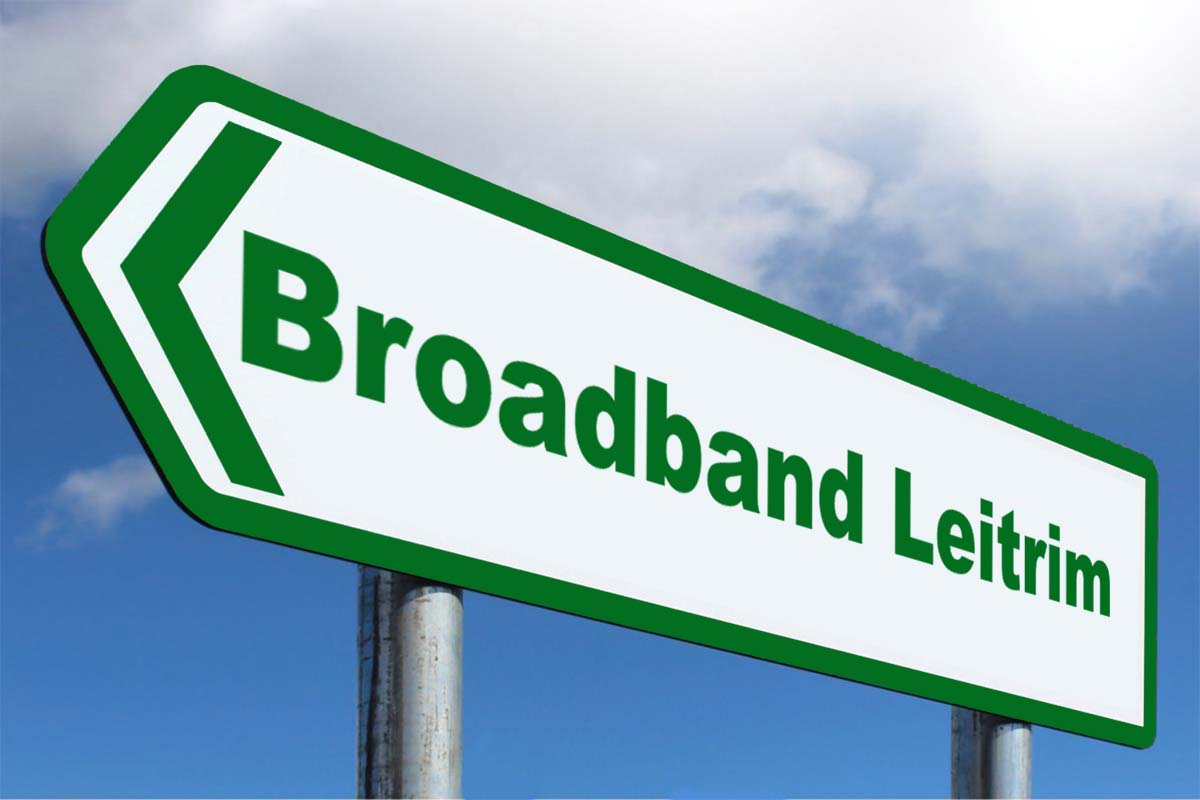 “Broadband Leitrim”. Oh how those two little words have haunted me over the years, from my first days here when all I had was 128kb ISDN to today when actually, my broadband has been pretty decent wherever I’ve lived recently. And I’ve lived in a lot of different places from towns in the middle of civilisation to the complete opposite. There’s always been some company that can offer some kind of usable service whether it’s line of sight wireless, mobile, fixed phone line or fibre. Eventually at least! It’s like trying to get blood out of a stone with some companies but you can get there in the end if you persevere..

So is there still a broadband crisis in Leitrim in 2019? I still regularly see local news articles online bemoaning the lack of it and I see people complaining on social media re not having any service in their areas despite years of promises. But my own experience is that it seems to be available in one form or another pretty much everywhere I go. I’m guessing the truth is somewhere in between as usual. I’ve probably been a bit lucky in the locations I’ve chosen to live and work in and of course, because I need broadband for work, I’m always careful to check signals before I move to a certain area so that skews my luck a little too but others may not be so lucky. They may have found themselves choosing to live in peaceful, tranquil and idyllic rural locations where decent broadband was a bit of an afterthought and where they can’t possibly expect any broadband provider to setup infrastructure just to serve them and a small handful of other houses. Services and products have and always will be brought to the masses, wherever they are.

The reason I’m writing this post however is to try cater for the handful of people who have chosen the more remote locations in which to live and are now struggling to get the broadband that they may not have needed when they first moved there. The people who maybe aren’t technical minded or don’t realise the amount of options there are these days when it comes to getting decent internet. It’s no longer just the traditional phone companies that provide it. The broadband market is quite open, competitive and large. Even in little old Leitrim.

Here are the current broadband options around Leitrim as well as some handy tips:

Wired mobile broadband is provided in Ireland By Eir, Vodafone, Sky & Virgin mainly but by others too..

Fibre to the Home

This is the Holy Grail of broadband at the minute. There’s a full fibre line all the way. You can get speeds of up to 1000Mb or 1Gb with this and it’s currently being rolled out by Eir nationwide to every town of over 1,000 inhabitants or thereabouts (my own local town Mohill has it despite only having a population at the time of writing of 850). If your town is under that or you live remote, it’as doubtful you’ll ever get it but more and more people in Leitrim seem to be able to get this now.

ADSL/Fibre to the Cabinet

ADSL is the traditional, slightly old fashioned method of getting internet and it comes via your phone line as internet always has. It’s a little faster than dial up used to be but the max potential speeds are dependant on the distance to the nearest exchange and the quality of old phone wiring so speeds aren’t great for a lot of people. Fibre to the cabinet is a big improvement to that where a glass fibre line goes to your local exchange then regular phone line from there to your house. Again the phone line part can let people down here but it’s probably how most people get broadband these days still. In my last house that’s how I got online and I had speeds of about 70Mb down and 30Mb up.

This is a relatively new concept currently being rolled out whereby fibre broadband is provided alongside already existing ESB wires. Speeds are pretty good and existing infrastructure is used so it sounds promising. You can register your interest here – Siro.ie.

All the broadband companies offer different speed packages, usually 3 or 4 different ones from slow to fast and cheapest to dearest. For full fibre to the home for example it’s usually 150Mbps, 300Mbps and 1000Mbps or 1Gbps. They always say “up to” speeds though and this catches a lot of people out when they order one particular speed, do their speed test than see nothing anywhere near the speeds they bought. Here’s a few tips to make sure you’re maximising your speed:

Wimax is a 4G, soon to be 5G wireless broadband network that has the capability to reach rural areas with speeds of up to 150Mbs. Imagine are Ireland’s main Wimax providers.

Satellite is the last and only resort for people living rurally who can’t be serviced by any other provider or type of broadband. Satellite has traditionally been expensive to install and run with not great speeds and poor latency (delays) but technology has improved and there are a few companies providing decent broadband speeds. Satellite should cover pretty much any location since it’s provided from space.

I’ve saved this for last because I think it represents the best bet for most people and because it’s saved my skin a few times now. I still feel that there’s either a reluctance or a lack of knowledge about mobile broadband for some reason. I think that until you have experienced a good mobile broadband package there’s a feeling that it can’t possibly be as good or reliable as a wired broadband. I’ve recently signed up with 3 Mobile and it’s the first time in about 8 years since I’ve had to use it and I have to say it’s come a long way. It was only 3G the last time I used it and speeds and reliability weren’t great but 4G/LTE has now been around for a while and I’m currently getting a very reliable 30Mb down and 10Mb up. I know others who are getting much faster.

3 seem to have the best nationwide coverage and the most masts, probably because they won the old national broadband contract years back.  You can check their 4G coverage map here:

I’ve got good signals in areas not supposed to be covered so don’t let the map put you off too much. The best thing to do is signup to one of their mobile plans and just find the best spot in your house (in a window facing the nearest mast is usually best) then see how it goes for a couple of weeks. If it doesn’t work out within 14 days you can cancel.

Re finding your nearest mast, if you check out the OpenSignal phone app it will show you the amount and location of nearby masts so you can better position your router. Here’s how many masts are around me here in Mohill, Leitrim for example:

If you do all of the above and are still struggling for decent speeds but there are no other options for you, you might consider grabbing an external Antenna booster like the one below which can improve your signal and speed drastically:

This website uses cookies to improve your experience while you navigate through the website. Out of these cookies, the cookies that are categorized as necessary are stored on your browser as they are essential for the working of basic functionalities of the website. We also use third-party cookies that help us analyze and understand how you use this website. These cookies will be stored in your browser only with your consent. You also have the option to opt-out of these cookies. But opting out of some of these cookies may have an effect on your browsing experience.
Necessary Always Enabled
Necessary cookies are absolutely essential for the website to function properly. This category only includes cookies that ensures basic functionalities and security features of the website. These cookies do not store any personal information.
Non Necessary
Any cookies that may not be particularly necessary for the website to function and is used specifically to collect user personal data via analytics, ads, other embedded contents are termed as non-necessary cookies. It is mandatory to procure user consent prior to running these cookies on your website.
Analytics
These cookies are used to calculate visitor, session, camapign data and keep track of site usage for the site's analytics report. The cookies store information anonymously and assigns a randomly generated number to identify unique visitors.
Performance
These cookies used to store information of how visitors use a website and helps in creating an analytics report of how the wbsite is doing. The data collected including the number visitors, the source where they have come from, and the pages visted in an anonymous form.
Save & Accept
%d bloggers like this: